Enter the Institutional Investor: The Crypto Market is Waiting

The crypto community is waiting for institutional investors and has high hopes for them. Holders of big capital should break the bearish trend and set the digital asset market up for a new round of development.  Studies also show that institutional interest in cryptocurrency is great. But they have not yet entered the market en masse.

Let's discuss why crypto enthusiasts are waiting for institutional investors to come and what is needed for them to flow to the market. Let’s start off with a definition just to clarify everything: Institutional investors are insurance companies, banks, investment funds, and other financial companies that manage large capital. 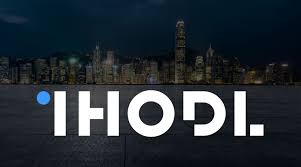 The entrance of such players, with a significant status in society in the crypto market, can bring several positive consequences at once, take the sphere of digital assets to a new level. First, institutional investors have large amounts of money to fuel the industry. This can certainly have a positive effect on the price of cryptocurrencies and break the bearish trend that has been firmly established last year.

Second, if institutional investors pay attention to a certain area, this means it has developed sufficiently to be considered safe, taking digital assets out of the “gray” zone in mass perception. It will also speed up the process of creating regulation so that the industry can work according to commonly understood rules. Such a process might even stabilize the situation with cryptocurrency rates and attract new players.

Institutionalists are also interested The most important thing is that the interest on the part of the institutionalists in cryptocurrency is also great. Large players see potential in digital assets and believe that they could be an attractive investment. For example, analyst firm Greenwich Associates interviewed top managers from more than 140 organizations, including management companies, hedge funds, brokerage firms, and investment banks, on how they see digital assets. It turned out that 70% of respondents believe that in the future cryptocurrencies will become part of institutional investment portfolios.

At the same time, 38% of them expect digital assets to settle, which will lead to further growth and innovation in the industry. According to Digital Assets Research and TABB Group, in April, over-the-counter transactions with cryptocurrencies accounted for a daily range of $250 million to $30 billion.

This means that institutional investors are already fairly involved in cryptocurrency as is. Bobby Cho, the global head of trading at Cumberland, says that hedge funds and other financial institutions crowd out individual investors in transactions of $100,000. Such purchases are made primarily through private transactions via over-the-counter platforms. “What that’s showing you is the professionalization that’s happening across the board in this space,” Cho explained.

New Tools So what stops institutional investors from taking more decisive steps? There are several aspects to answer this question.

For example, Garratt Hasenstab, founder of REsource Blockchain and Realiquidity.io, explained to ihodl that "institutional investment in crypto will rely on Securitized Token and Asset Offerings (STOs and SAOs) that are regulated by the SEC and FINRA in order to be considered for broad trading on institutional and secondary markets.”

Anyway it’s not so easy for institutions to enter such a market. For example, it’s very important for them to safely store their assets. This is why traditional and blockchain companies began to develop services specifically for these players.

They offer new financial tools and services to make investing in cryptocurrencies as convenient as possible for institutional investors. In turn, the development of such tools makes the industry more mature and transparent so when institutionalists enter the crypto market, they will already have at their disposal a large selection of financial instruments which help you operate large sums. Bakkt The launch of the Bakkt cryptocurrency platform scheduled for December 12 is considered by many representatives of the industry as one of the most anticipated events of the year.

The platform will allow users and institutional investors to buy, sell, and store digital assets in the global ecosystem that will include federally regulated exchanges, custodial services, applications for trade organizations, and individual users. At the same time, bitcoin will become the first in the listing of the new platform and will be traded in pairs with fiat currencies.

Bakkt will also offer one-day bitcoin futures, which convert into the underlying asset itself, rather than cash settlement. Bakkt’s offer is thus different from the options currently available to CBOE and CME customers.

The data showed that 70% of respondents believe in further development of cryptocurrency and associate it, first of all, with the progressive technology of blockchain. As a result, Fidelity Investments announced that it was creating a special platform that would open the world of crypto-meter to the organization’s clients.

Fidelity Digital Assets will help investors diversify their investment portfolio with digital assets. In addition, the platform offers custodial services. Client cryptocurrencies will be stored in “cold wallets”, meaning there will be no access via the internet. Fidelity Investments total assets amount to $6.9 trillion, of which $2.5 trillion belong to more than 13,000 client companies that form their investment portfolios through the fund.

Coinbase The leading U.S. stock exchange Coinbase received approval from the New York State Department of Financial Services (NYDFS) to establish the Coinbase Custody Trust unit. The new organization will provide services for the qualified storage of bitcoin, ethereum, litecoin, XRP and other crypto’s. The service was created to hold investors' assets. Coinbase Custody is available for institutional and other market participants who can invest in excess of $10 million. Coinbase Enters Custodial Services Market Godman Sachs In August, reports surfaced that one of the largest investment banks, Goldman Sachs, is also considering launching custodial services for cryptocurrency funds.

The service will reduce the risk of losing digital assets to various kinds of hacker attacks. Anonymous sources claim that this issue is being discussed internally, but the exact dates have not yet been established. Citigroup Citigroup, a large international financial conglomerate, plans to launch a tool that will allow U.S. investors to get involved with cryptocurrencies without having to own them, according to sources familiar with the situation.

The bank, acting as an agent, will issue so-called digital asset receipts (DARs), which will allow investors to directly purchase bitcoins without having to store them. The new derivative financial instrument is conceptually similar to the American depositary receipt (ADR), the largest issuer of which is Citigroup.

Bitfinex One of the leading bitcoin exchanges Bitfinex is also confident that the cryptocurrency market is becoming more mature as the platform has improved its toolkit in September. These are new accounting tools designed to improve the experience of user interaction, increase user control over their operations and create a more informative interface.

Traders can instantly receive and download reports with full info on their accounts. All data will be available to users without any restrictions. Legal regulation Institutional investors are not only interested in secure instruments for trading and storing crypto assets. Legal certainty is also important to them since they cannot participate in illegal or semi-legal transactions.

“On the regulatory side, it’s still a bit of a jurisdictional mess, with some regional (and sub-regional) regulators making up the rules as they go along, while others opt for a wait-and-see approach. It perhaps goes without saying, the regulators who adopt/enforce a framework which most-closely resembles existing finance will garner the lions share of institutional interest,” said Dmitry Tokarev, CEO of Cooper.co.

Crypto Fund Research found out that despite the recession and legal uncertainty, during the first seven months of this year, 96 new cryptocurrency hedge funds appeared. However, analysts note that the total volume of assets under the management of crypto funds is $7.1 billion which is small compared to the traditional financial market. According to researchers, this suggest that institutional investors are still waiting for legal clarifications.

Bart Smith, who received the nickname "Crypto King" from Wall Street, agrees with this point of view. Bart Smith heads the digital asset group at investment firm Susquehanna International Group, which in 2014 began trading bitcoins when it launched its trading platform. According to Smith, it’s not so important how strict the regulation of the cryptocurrency market will be, it’s all about a lack of clarity.

The only thing that could have influenced the arrival of the institutional is the approval of the bitcoin-ETF by the SEC. Then, on the New York and other stock exchanges, it would be possible for funds to flow into the crypto using a mechanism that is understandable to the market.” Bitcoin-ETF — a Turning Point?

Many crypto enthusiasts also have high hopes for the launch of a bitcoin-ETF. An ETF approval could open the door to institutional money. Earlier, VanEck and SolidX have applied to the U.S. SEC for approval of such a tool. According to the company's plans, the VanEck SolidX Bitcoin Trust will be insured against theft and loss of access to funds. In addition, the fund will be tied to VanEck index that will collect bitcoin rate information from U.S. over-the-counter platforms.

The application is under consideration by SEC, which must approve or reject the launch of bitcoin-ETF by December 29, 2018. SEC Talks to Industry, Is Bitcoin-ETF a Go? So is it worth waiting for the launch of a bitcoin-ETF and the arrival of institutional investors? Founder of the Galaxy Digital Bank and cryptocurrency investor Mike Novogratz believes that bitcoin will reach new highs with the arrival of institutional investors to the market in the first half of 2019.

He has already celebrated the launch of Fidelity Digital Assets. According to him, the new platform for trading bitcoin and ethereum from Fidelity Investments will play an important role in the history of the first cryptocurrency. However, he added that this would not happen immediately. Novogratz believes that the platform will have to pass a series of tests before it earns the trust of major players in the financial world. But not everyone looks at the situation so positively.

Andreas Antonopoulos says that the bitcoin-ETF will only lead to greater centralization of the cryptocurrency. He explains that ETF implementation is likely to undermine the principles that make bitcoin so attractive. Antonopoulos argues that bitcoin-ETFs will only increase the ability of institutional investors to influence prices.

Waiting for a Bitcoin-ETF It’s worth noting that earlier bitcoin futures have already been blamed for the collapse of the cryptocurrency market. At the end of 2017, this financial instrument was launched by the CME and CBOE exchanges. Influenced by the news on the release of bitcoin futures, the rate began to rise sharply in December. On CBOE, the first bitcoin futures contracts expired on January 17, after which traders began a sell-off.

Non-professional investors panicked and began dumping their assets too. As a result, the market declined. However, Tim McCourt, the Managing Director and Global Head of Equity Products and Alternative Investments at CME Group, says that futures contracts for bitcoin does not place pressure on the price of the first cryptocurrency.

Print Details
Previous post
Next post
Building Prosperity: 12 Tips For Selling Your Home For A Better Price
14 Things You Need To Know To Be Successful In Real Estate Development